Tracey joined Mountain Valley Hospice & Palliative Care in September 2018 with 18 years of experience in operations and administration for long-term care. She started her nursing career in 1990, and it has spanned 29 years across hospice, home care, pediatrics, and geriatrics.

She earned her associate’s degree from Guildford Tech and her bachelor’s degree as well as her master’s degree in nursing leadership and administration from Capella University.

Tracey lives in Lewisville, NC, with her husband, Stacey. They have two adult children and attend Westside Christian Church. Tracey loves animals, including her 3 dogs and 2 cats, and enjoys beaches, cooking and time with family and friends. 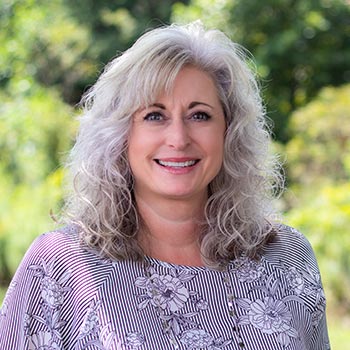 Barry joined Mountain Valley Hospice & Palliative Care in 2016, and he has 20 years of finance experience in both the service and manufacturing industries. He has served in finance roles with companies in Surry and Forsyth counties. A native of Carroll County, he graduated from the R.B. Pamplin School of Business at Virginia Tech, with a bachelor’s degree in accounting. 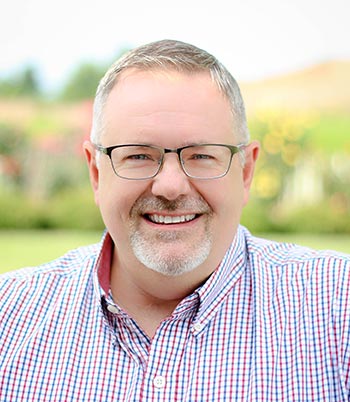 Dr. Glenn Golaszewski, known as “Dr. G,” has been with Mountain Valley Hospice & Palliative Care as the Chief Medical Officer since 2008. Prior to this, he had a full-time family practice in Elkin and served as a volunteer medical director for another hospice. 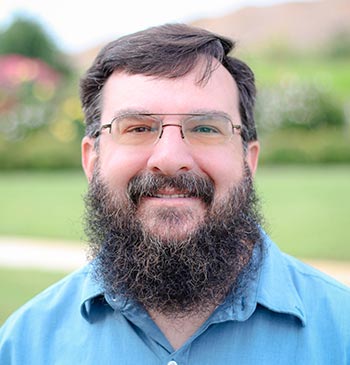 As chief medical officer, Dr. Golaszewski is responsible for administering medical care as he supervises and collaborates with nurses, nurse practitioners, and physicians to ensure our patients receive the highest quality hospice and palliative care. He enjoys teaching our staff as well as nursing, pharmacy, and medical students.

Dr. G lives with his wife, Kimberly, and their four children in Traphill, North Carolina. They belong to Elkin Valley Baptist Church. Dr. G. enjoys reading, woodworking, exercising and has been coaching youth football for more than 10 years.

Jenna joined Mountain Valley Hospice in 2015 as a Hospice Nurse Liaison. In 2016, she moved into a Director role and in 2017, she obtained her CHPN (Certified Hospice and Palliative Nurse).  Prior to MVH, Jenna spent eight years in oncology nursing as an inpatient and outpatient nurse and a Nurse Educator, and was certified as a chemotherapy provider and as an Oncology Certified Nurse.

Jenna and her husband Matt reside in Hamptonville, NC with their two children.  She enjoys spending time with extended family, watching her daughter ride horses, and traveling. 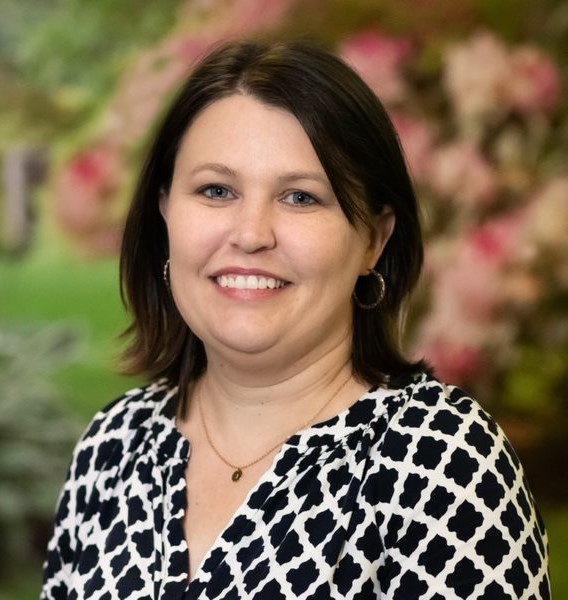 Angie joined Mountain Valley Hospice & Palliative Care in 2020. She has 25 years of human resources experience in manufacturing, residential care and service industries. She earned her associate’s degree from Surry Community College and her bachelor’s degree in professional communications from Old Dominion University. In 2005, she became certified as a Senior Professional in Human Resources (SPHR).

Angie lives in Cana, VA, with her husband, Brad, and their daughter Lenzi. She attends Hope Community Church and enjoys travel, reading, volunteering and spending time with family and friends. 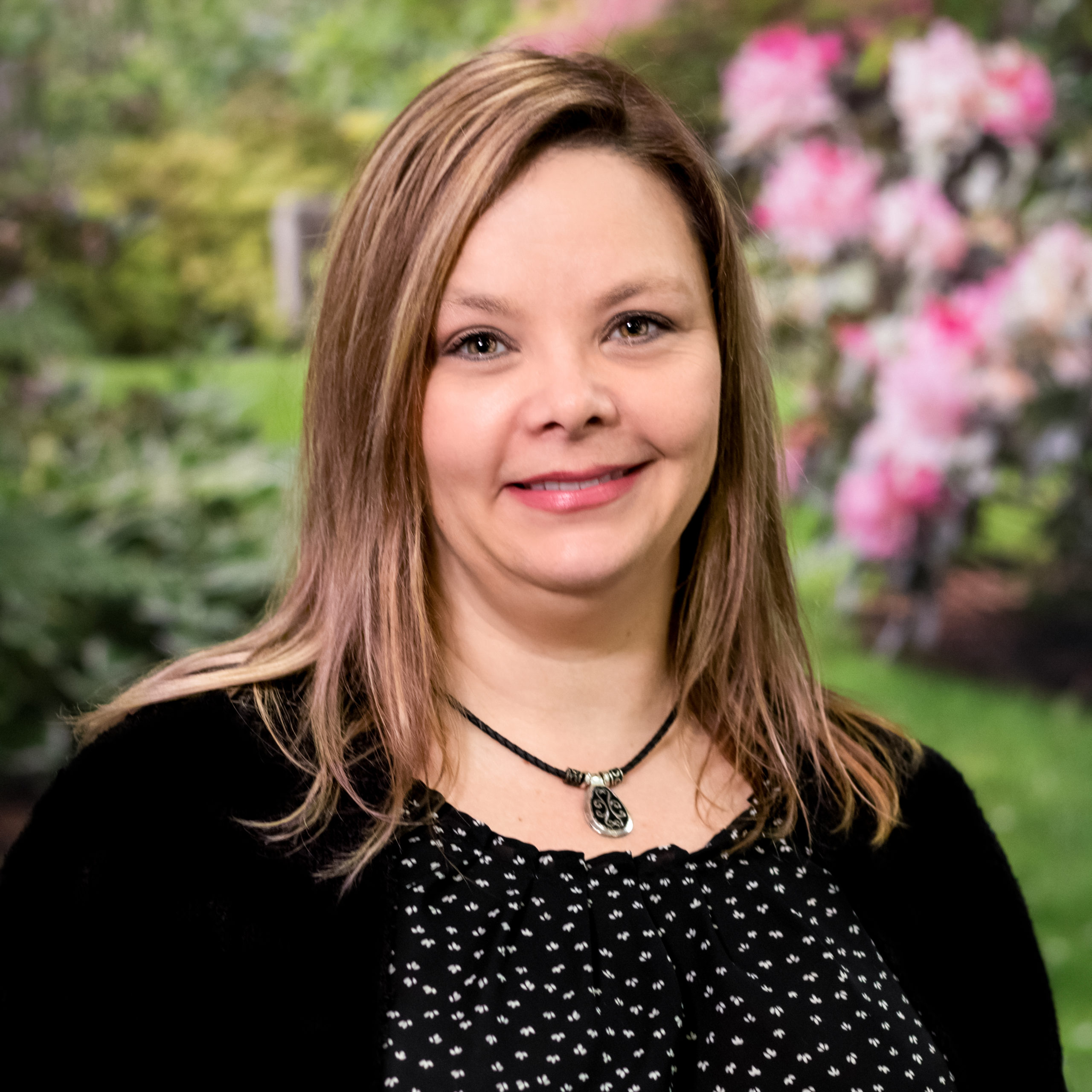 Jan joined Mountain Valley Hospice & Palliative Care in early 2021. She has more than 20 years of marketing experience in health care, health insurance, credit union and consumer products, having focused her career in the Piedmont Triad area.  She earned her bachelor’s degree from High Point University in 1992.

Jan and her husband Pat live in Lewisville, NC, where Jan is a life-long resident, and they have two adult sons.  Ryan is a graduate of UNC School of Law and is a practicing attorney.  Matthew is a graduate of NCSU College of Design and is an architectural designer.

Jan’s greatest joys in life are her family and friends, and her favorite pastime activity is cross-stitching. 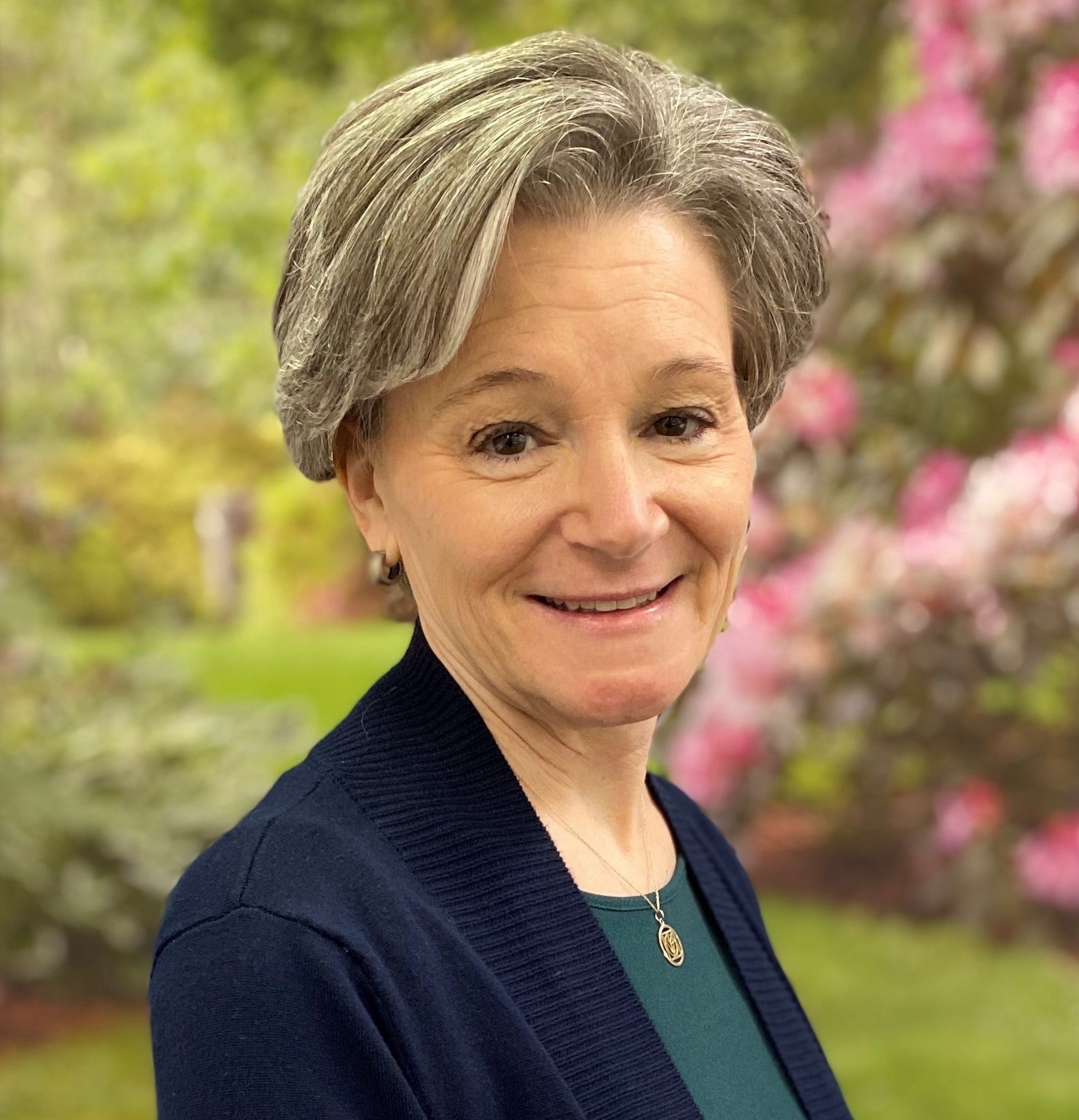 He served in the United States Marine Corp from 1993 to 1997. He graduated from Wytheville Community College in 1999, having studied electrical engineering with specialization in computer science.

Kevin resides in Hillsville, VA, with his wife, Melissa, and two sons, Turner and Jace. He enjoys helping with the athletic department at Carroll County High school. 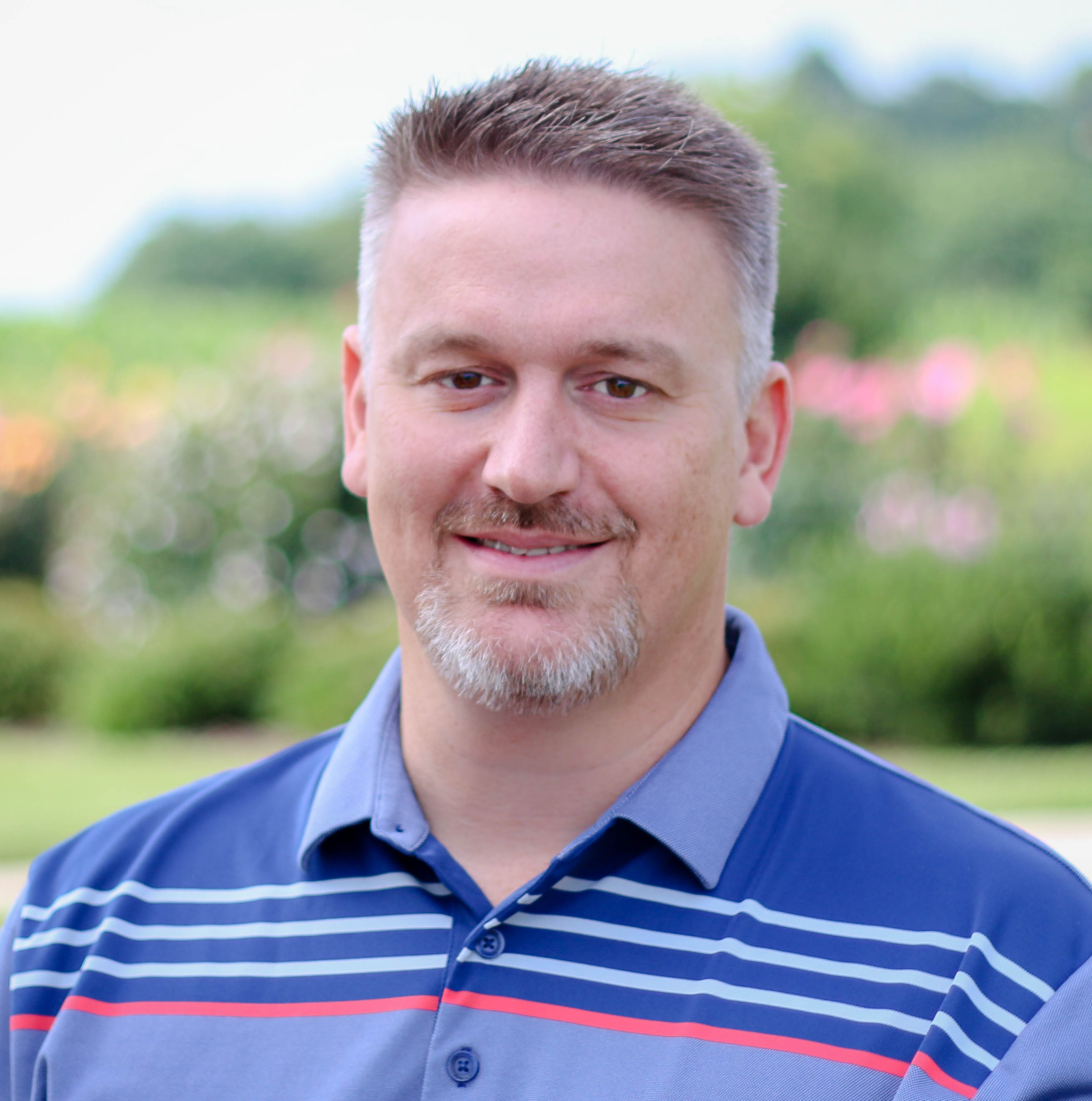 Kristie joined Mountain Valley Hospice & Palliative Care in April 2018. Palliative & Hospice medicine has been her passion and specialty for most of her career. A native of Williamsville, NY, she worked for The Center for Hospice & Palliative Care in Buffalo, NY for many years. She then worked for nearly 5 years at Millard Fillmore Suburban Hospital as a palliative medicine specialist with Infinity Medical of WNY PC. She earned her Master’s of Science Degree in Nursing from Daemen College. She is board-certified both as an adult nurse practitioner and in palliative care.

Kristie and her husband moved to Pinnacle, NC in January 2018. They are active members of Two Cities Church in Winston Salem, NC. Their daughter is a Registered Nurse who has also moved to Pinnacle and works in a local hospital. 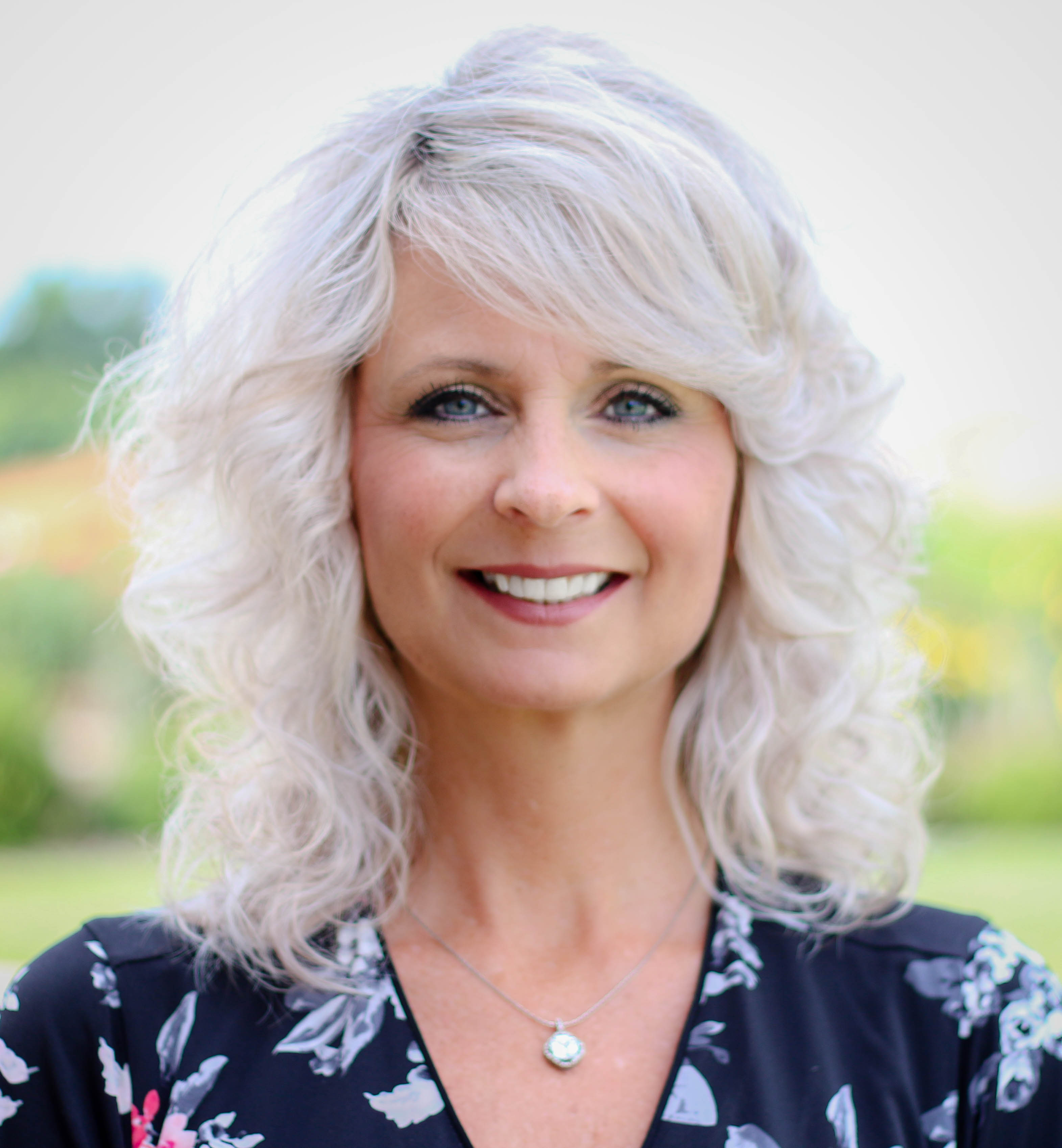 Stephanie began her healthcare career in 1991 as a medical assistant with Primary Care of Mount Airy with Dr. Lajos Urmos. In 1996, she graduated from the Practical Nursing Education LPN program at Surry Community College, followed by the ADN RN in 2006. In 2009, she completed the BSN program at Winston Salem State. In 2005, while working on the ADN degree at SCC, she began working with MVHPC as a PRN on–call nurse. Upon completion of her RN in 2006, she became a full time RN Case Manager with MVHPC.

After leaving MVHPC for a brief time to teach in the Surry County Schools Allied Health Program, she returned to MVHPC, where she feels privileged to have served many patients and families in various nursing roles– Case Management, Transitions, Medicare Care Choices Demonstration Project Coordinator, Triage, Education Nurse, Director of Patient Services, Director of Admissions and Director of Patient Access. She shares that her hospice journey has afforded her numerous opportunities to grow in her nursing role and in hospice care. In 2014, she obtained CHPN the National Certification for Hospice and Palliative Nursing. 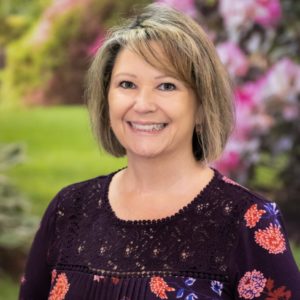 Sara joined Mountain Valley Hospice & Palliative Care in August 2021, after five years with Trellis Supportive Care, most recently as Director of Annual Giving. She has over 14 years of fundraising, marketing and advertising experience.

A native of Winston-Salem, N.C., Sara earned her bachelor’s degree in psychology from Wake Forest University. She is a member of the Association of Fundraising Professionals and serves on the association’s North Carolina Triad Chapter’s membership committee.

The most important part of Sara’s life is her family – her husband, Joe, three adult sons and a rescue dog. 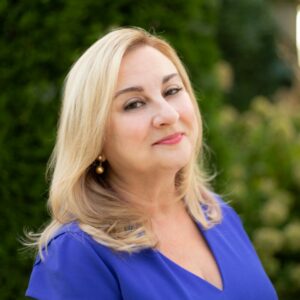